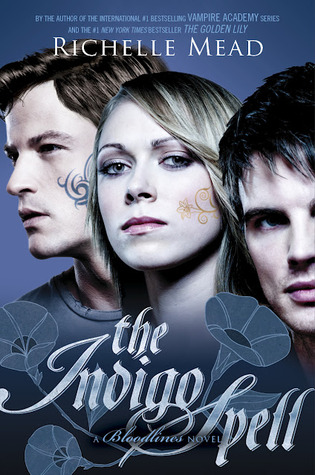 In the aftermath of a forbidden moment that rocked Sydney to her core, she finds herself struggling to draw the line between her Alchemist teachings and what her heart is urging her to do. Then she meets alluring, rebellious Marcus Finch–a former Alchemist who escaped against all odds, and is now on the run. Marcus wants to teach Sydney the secrets he claims the Alchemists are hiding from her. But as he pushes her to rebel against the people who raised her, Sydney finds that breaking free is harder than she thought. There is an old and mysterious magic rooted deeply within her. And as she searches for an evil magic user targeting powerful young witches, she realizes that her only hope is to embrace her magical blood–or else she might be next.
Populated with new faces as well as familiar ones, the Bloodlines series explores all the friendship, romance, battles, and betrayals that made the #1 New York Times bestselling Vampire Academy series so addictive—this time in a part-vampire, part-human setting where the stakes are even higher and everyone’s out for blood.

WARNING: If you haven’t read the first two books, there WILL be spoilers!

Please check out my reviews of Bloodlines and The Golden Lily for more of my thoughts!

There was almost nothing more important to me than getting my hands on this book. I mean, guys. It’s Richelle Mead. It’s Adrian. It’s Sydney. Despite my initial misgivings about this series, these two won me way over from the get go. I was good with Bloodlines, great with The Golden Lily. Sadly, despite the Adrian and Sydney scenes that I wanted, I have to say I’m back to being just good with The Indigo Spell.

The Indigo Spell starts off only short time after the great cliffhanger of The Golden Lily. Adrian and Sydney are acting all of the awkward, which is making Jill turn away from Sydney while Eddie and Angeline are off in their own little world. Sydney’s witch teacher is worried about a powerful, evil new witch in town and is obsessed with finding her, while Sydney is obsessed with finding Marcus. Adrian’s just obsessed with getting Sydney to see the obvious.

Let me just say, first off, that the Adrian/Sydney dynamic is the most adorable thing ever. You could say many things about Rose/Dimitri, but you could never really use the word “adorable.” Mead does a FANTASTIC job characterizing their relationship and their interactions with each other. Each action seems genuine and sincere. Every single scene with the two of them in it tugs my heart strings every which way. They aren’t just great as a couple; they’re great friends, too, and it shows. They really do act in a partnership, constantly making the other better. I should probably stop now before I just explode with happiness about these two.

My real problem with this book came in terms of the plot. There is just WAY too much going on. Sydney is after Marcus. Her professor is after a powerful witch who just happens to be her sister who just happens to be sucking the life force out of young, female witches.  Adrian is after Sydney. Sydney is trying to figure the Alchemists out for real. In the background you have Jill still mooning over Eddie and Eddie and Angeline having interesting problems. The different plots overlap in such a way that much of the characterization outside of Adrian and Sydney is entirely lost. You barely see Eddie, Jill and Angeline at all, and when you do Sydney is basically pushing them away. She knows there’s too much going on to deal with them. The different plot lines are constantly trying to push the other one out of the way until you can’t tell which one you should really be focusing on. In the end, the plots peter out in such a way that it feels like they were never important to begin with. The only thing holding the whole book together is the fact that Sydney and Adrian get to spend a LOT of time together.

I understand that as a middle book in a series, Mead had to throw a bunch of new plot in to reinvigorate the story, but I really missed the group dynamic that was prevalent in the first two books. Even the ending cliffhanger wasn’t as entirely engaging as the last ones. (Although, how do you top The Golden Lily, really?) Nothing particularly exciting or unexpected happened, as far as I was concerned, but I still really enjoyed it. Fans of Adrian and Sydney will NOT be disappointed. (Oh, and Rose and Dimitri fans will be happy to know we got another cameo!)

Book 4 in the Bloodlines series, The Fiery Heart, will be released on November 19th, 2013!

4 thoughts on “Review: “The Indigo Spell” by Richelle Mead”