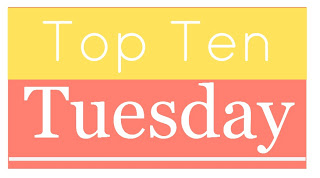 Alright, this topic is an interesting one, because I like to think that I am fairly open to all sorts of literary devices and themes. In my mind, anything can be good if the writer handles it well. Still, I have a few things that tip me off to the book not being for me…

Since this is so prominent in ya right now, this doesn’t mean that I won’t pick it up, but gosh darn it if it isn’t done supremely well I’ll murder the book with fire. I hate love triangles. I think there are only 3 books where I’ve ever thought it was okay: Cassandra Clare’s Will/Tessa/Jem, Rae Carson’s Alejandro/Elisa/Humberto and Sarah J. Maas’s Chaol/Celaena/Dorian.

I’m not into scary books. I like laughing and action and sometimes crying, but never being scared. I don’t watch scary movies, either. I don’t have the tolerance for them. 😛

I’ve tried a couple of books written in verse, but I’m really not a fan. Even the phrase “lyrical prose” can set me off. I read ya a lot for the straight forward writing style, not to have my mind boggled.

With few exceptions, I am so completely done with the idea that the main character goes off to a school where magical or otherwise chaotic plot points ensue. Even books that center around high school can set me off. I’m bored by it at this point, and most of the characters that come about with this plot are cliched and trite.

Except for times in certain moods, I’m trying to move away from books that center around romance as the main plot pusher. I’m looking for action and adventure, not swooning and mooning over the first guy they see. This includes problems with insta-love and stuff like that. I’m just done with being told that teenage girls commonly meet their soul mates, and that these soul mates are often the first guy they ever show an interest in/that is interested in them. Especially since the actions of male leads has gotten sketchier as of late.

Alright, no, I’ve never seen it phrased like this, but you know what I mean. This is connected to #5, but it’s own thing. If there is no reason for the girl to be into a guy AND he acts creepy as crap, she should be AVOIDING him, not fawning over him. Give me relationships with a real base, PLEASE. And give me some healthy, sexy guys to swoon over.

Again, this is mostly related to bad boys, but it can be bad girls too. I can’t stand it when the main character(s) are being portrayed as such a heavy anti-hero that they have no redeemable qualities. Maybe I’m old fashioned, but I like my main character to have at least a small streak of good ol’ righteousness.

I did not buy into the zombie craze, and at this point I avoid it like the plague. (Pun intended.) I don’t know why, but I’m just not into zombie stories.

I also couldn’t get into this one. I read one of these books and liked it (Of Poseidon by Anna Banks), but other than that I can’t get excited about them. No, I didn’t even like The Little Mermaid.

I don’t really like classic books. And I’m an English major. Sue me. If it’s not on a required reading list for school, I’m more likely to be reading wacky, post-modernist texts then a new translation of Beowulf of something.