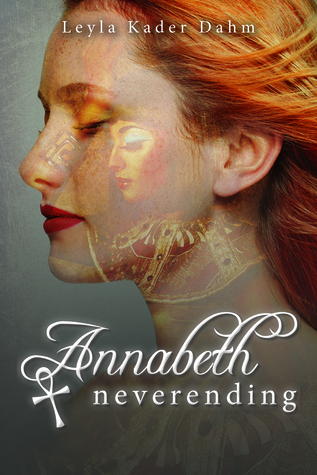 At first, teenager Annabeth Prescott thinks she’s found quite a deal when she talks down the price of an ankh pendant she discovers at a flea market. She soon wonders if the bauble is more than she’s bargained for when she faints and glimpses images from a past life in ancient Egypt.

The discovery coincides with another new find: Gabriel, a handsome young man who takes an interest in her. When she meets his twin brother C. J. at a Halloween party, she realizes they look exactly like two boys who figure prominently into her memories.

Does C. J. share the heroic qualities held by his past incarnation Sethe, her bodyguard when she was Princess Ana? Does Gabriel possess the same evil powers he wielded as Kha, the black sorcerer who sought her affection?

Love meets the supernatural in this gripping young adult paranormal romance. Readers with an interest in reincarnation, as well as ancient Egypt, will be drawn to its mystical mixture of history and hesitation as Annabeth sways between the two brothers.

Will her reincarnated soulmate win out? Or will Kha finally find the way to her heart?

Thanks to Leyla and NetGalley for this free review copy! Annabeth Neverending is available for purchase now.

Full disclosure: I read this book while recovering from wisdom teeth removal. However, I still don’t think that that impacts just how rough the first part of this book was. The romance–and the way Annabeth talks about the romance–was sometimes uncomfortable. While it began to redeem itself in the middle, the ending was also weirdly rushed. Still, I picked it up because I will read anything vaguely related to Ancient Egypt, and that’s most of what kept me going.