So, while that is not productive to me, I’m going to talk about a few things that came up for me and see if you guys think I’m crazy or if you’ve noticed this too. I’m going to make a serious effort to stay quick and to the point–and not get my professorial lecturing on–so many of these ideas will stay surface level. Tell me what you find interesting!

frustrating, because they–like the inside flaps of the books they contain–are starting to all look the same. Don’t get me wrong, there is some FABULOUS cover art out there, but there are also books that just seem so … samesie. I’m really not a fan of the new symbol art thing. It seems like too many books are trying to be The Hunger Games. At the very least, it seems the symbols are leading back around to more artsy designs than the half-girl faces used to give us. 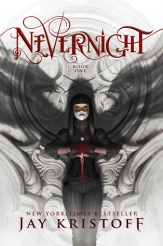 Can you see how my ideas are flip flopping all over the place? I understand that books can’t all be fabulous pieces of art like the Throne of Glass redo covers or literally anything written by Jay Kristoff, but …sigh. There is SO MUCH IMPORTANT INFORMATION tucked into these covers. I want to talk about it all with my scholar cap on, but I can’t cover all this stuff with the breadth it deserves in the same paper.