About from Goodreads: DESTRUCTION
The Year of Souls begins with an earthquake—an alarming rumble from deep within the earth—and it’s only the first of greater dangers to come. The Range caldera is preparing to erupt. Ana knows that as Soul Night approaches, everything near Heart will be at risk.

FLIGHT
Ana’s exile is frightening, but it may also be fortuitous, especially if she can convince her friends to flee Heart and Range with her. They’ll go north, seeking answers and allies to stop Janan’s ascension. And with any luck, the newsouls will be safe from harm’s reach.

CHOICE
The oldsouls might have forgotten the choice they made to give themselves limitless lifetimes, but Ana knows the true cost of reincarnation. What she doesn’t know is whether she’ll have the chance to finish this one sweet life with Sam, especially if she returns to Heart to stop Janan once and for all.

With gorgeous romance and thrilling action, the final book in the Incarnate trilogy offers a brilliant conclusion to the compelling questions of this fascinating world, where one new girl is the key to the lives of millions.

Why?: If you missed my reviews of the first two books, Incarnate and Asunder, then you MISSED OUT. Jodi is writing one of the most gorgeous, real romances I’ve seen in a while and I cannot wait to see how the story ends!

Summary from Goodreads: In the final book in the trilogy, Cass and Luca are back in Venice trying to find the Book of the Eternal Rose to clear Luca’s name and keep them both out of prison. But the hunters become the hunted when the Order of the Eternal Rose figures out their plan. Filled with twists and turns, danger and torrid romances, this novel brings the Secrets of the Eternal Rose novels to a thrilling, heart-pouding, sexy conclusion.

Why: Did you miss my reviews of Venom and Belladonna? Read them for more as to why I can’t wait to see how this series ends!

Blurb from Goodreads: One choice will define you.

What if your whole world was a lie?
What if a single revelation—like a single choice—changed everything?
What if love and loyalty made you do things you never expected?

The faction-based society that Tris Prior once believed in is shattered—fractured by violence and power struggles and scarred by loss and betrayal. So when offered a chance to explore the world past the limits she’s known, Tris is ready. Perhaps beyond the fence, she and Tobias will find a simple new life together, free from complicated lies, tangled loyalties, and painful memories.

But Tris’s new reality is even more alarming than the one she left behind. Old discoveries are quickly rendered meaningless. Explosive new truths change the hearts of those she loves. And once again, Tris must battle to comprehend the complexities of human nature—and of herself—while facing impossible choices about courage, allegiance, sacrifice, and love.

Told from a riveting dual perspective, Allegiant, by #1 New York Times best-selling author Veronica Roth, brings the Divergent series to a powerful conclusion while revealing the secrets of the dystopian world that has captivated millions of readers in Divergent and Insurgent.

Why: I know this is going to be a popular one in coming WoWs, but I DID just preorder my copy from Amazon, so … now I officially can’t wait!

Summary from Goodreads: On Internment, the floating island in the clouds where 16-year-old Morgan Stockhour lives, getting too close to the edge can lead to madness. Even though Morgan’s older brother, Lex, was a Jumper, Morgan vows never to end up like him. She tries her best not to mind that her life is orderly and boring, and if she ever wonders about the ground, and why it is forbidden, she takes solace in best friend Pen and her betrothed, Basil.

Then a murder, the first in a generation, rocks the city. With whispers swirling and fear on the wind, Morgan can no longer stop herself from investigating, especially when she meets Judas. He is the boy being blamed for the murder — betrothed to the victim — but Morgan is convinced of his innocence. Secrets lay at the heart of Internment, but nothing can prepare Morgan for what she will find — or who she will lose.

Why: Curious why I find Lauren so amazing? See my reviews of Wither and Fever! Also, just look at her she’s freaking fantastic and this looks amazing and thank goodness October is coming up soon.

Summary from Goodreads: What price would you pay just to look in a mirror? It’s junior year of high school, and Fiona has definitely had enough of being invisible. It’s pretty hard to have a normal relationship when the only photos of her and Seth show him kissing thin air. On top of that, old Arizonan gang tensions are threatening to spill over at any minute, which could put them all in serious danger. So when Fiona realizes that she and her friends know something that could change everything, she has to decide whether working with the criminal syndicates is too high a price to finally be seen.

Check out my review of Transparent to see why I’m so excited about this book! 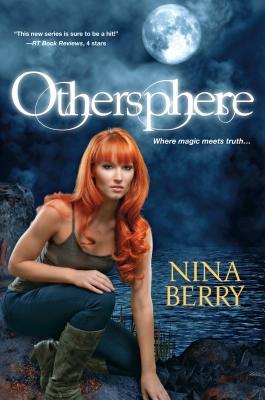 Summary from Goodreads: In her fresh, inventive debut, Berry introduces a teenage feline shapeshifter coming to terms with her strange powers in the first in a mesmerizing new series that deals with such teen issues as body image and the strength to be found in friendship.

Disclaimer: That’s a really crappy summary that I’m sure will be updated at some point, but until then you can see what these books are really about with my squealing reviews of #1, Otherkin, and #2, Othermoon.

Summary from Goodreads: Alyssa Gardner has been down the rabbit hole and faced the bandersnatch. She saved the life of Jeb, the guy she loves, and escaped the machinations of the disturbingly seductive Morpheus and the vindictive Queen Red. Now all she has to do is graduate high school and make it through prom so she can attend the prestigious art school in London she’s always dreamed of.

That would be easier without her mother, freshly released from an asylum, acting overly protective and suspicious. And it would be much simpler if the mysterious Morpheus didn’t show up for school one day to tempt her with another dangerous quest in the dark, challenging Wonderland—where she (partly) belongs.

As prom and graduation creep closer, Alyssa juggles Morpheus’s unsettling presence in her real world with trying to tell Jeb the truth about a past he’s forgotten. Glimpses of Wonderland start to bleed through her art and into her world in very disturbing ways, and Morpheus warns that Queen Red won’t be far behind.

If Alyssa stays in the human realm, she could endanger Jeb, her parents, and everyone she loves. But if she steps through the rabbit hole again, she’ll face a deadly battle that could cost more than just her head.

Read my review of Splintered HERE! 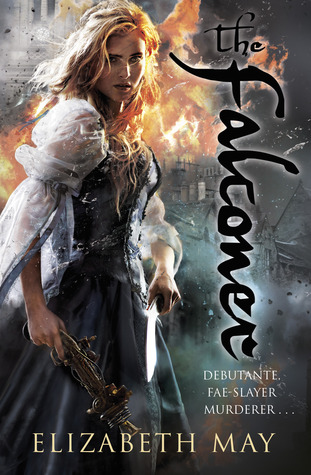 Summary from Goodreads: Lady Aileana Kameron, the only daughter of the Marquess of Douglas, was destined for a life carefully planned around Edinburgh’s social events – right up until a faery killed her mother.

Now it’s the 1844 winter season and Aileana slaughters faeries in secret, in between the endless round of parties, tea and balls. Armed with modified percussion pistols and explosives, she sheds her aristocratic facade every night to go hunting. She’s determined to track down the faery who murdered her mother, and to destroy any who prey on humans in the city’s many dark alleyways.

But the balance between high society and her private war is a delicate one, and as the fae infiltrate the ballroom and Aileana’s father returns home, she has decisions to make. How much is she willing to lose – and just how far will Aileana go for revenge?

Waiting on Wednesday is hosted by Breaking the Spine

Description from Goodreads: In The Indigo Spell, Sydney was torn between the Alchemist way of life and what her heart and gut were telling her to do. And in one breathtaking moment that Richelle Mead fans will never forget, she made a decision that shocked even her. . . .

But the struggle isn’t over for Sydney. As she navigates the aftermath of her life-changing decision, she still finds herself pulled in too many directions at once. Her sister Zoe has arrived, and while Sydney longs to grow closer to her, there’s still so much she must keep secret. Working with Marcus has changed the way she views the Alchemists, and Sydney must tread a careful path as she harnesses her profound magical ability to undermine the way of life she was raised to defend. Consumed by passion and vengeance, Sydney struggles to keep her secret life under wraps as the threat of exposure—and re-education—looms larger than ever.

Pulses will race throughout this thrilling fourth installment in the New York Times bestselling Bloodlines series, where no secret is safe.

Summary from Goodreads: The impossible was just the beginning. Now in their second year as superhuman government weapons-in-training at the Pentagonal Spire, Tom Raines and his friends are mid-level cadets in the elite combat corps known as the Intrasolar Forces. But as training intensifies and a moment arrives that could make or break his entire career, Tom’s loyalties are again put to the test.

Encouraged to betray his ideals and friendships for the sake of his country, Tom is convinced there must be another way. And the more aware he becomes of the corruption surrounding him, the more determined he becomes to fight it, even if he sabotages his own future in the process.

Drawn into a power struggle more dramatic than he has ever faced before, Tom stays a hyperintelligent step ahead of everyone, like the exceptional gamer he is—or so he believes. But when he learns that he and his friends have unwittingly made the most grievous error imaginable, Tom must find a way to outwit an enemy so nefarious that victory seems hopeless. Will his idealism and bravado cost him everything—and everyone that matters to him?