Welcome to another weekly wrap up and Stacking the Shelves! This week there’s no video, but no worries. I’m sure the links will suffice. 😛

END_OF_DOCUMENT_TOKEN_TO_BE_REPLACED 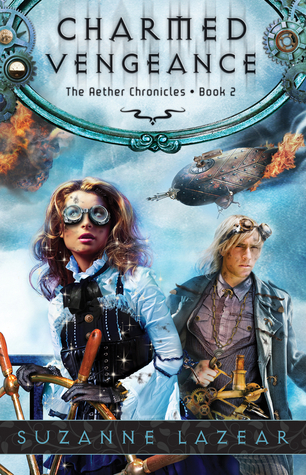 In the Faerie realm, Noli Braddock’s relationship with her best friend V has grown into something more. But V’s mother, Faerie Queen Tiana, has ruled that they are forbidden to see each other. Returning to the mortal realm, Noli joins the crew of her brother’s air-pirate ship, the Vixen’s Revenge. There she discovers that her brother has hired the scallywag Faerie huntsman, Kevighn Silver. While serving as shipmates, Kevighn and Noli learn that the Earth Court King plans to find a forbidden artifact–one that will bring destruction to everyone Noli loves.

Thanks to NetGalley and Flux for this eARC! This title will be released on August 8th, 2013.

WARNING: This review WILL have spoiler for the first book! Read my review of Innocent Darkness HERE!

I’ll be the first person to admit that I wasn’t entirely thrilled by the first installment of this series, but I was interested enough to request the second book. Sadly, as many “middle” novels have been showing me these days, I sometimes think that some series should not be trilogies. Or people at least need some new conventions for middles of series.

END_OF_DOCUMENT_TOKEN_TO_BE_REPLACED

Top Ten Tuesday is hosted by the Broke and the Bookish!

As you all may or may not know, I’m really booked up on my blog right now. (Pun intended.) This means that I am going crazy with the books I need to read, and I’d like to get caught up before I go back to school. So these are the next 10 reviews you can expect to see on the blog!

END_OF_DOCUMENT_TOKEN_TO_BE_REPLACED

I don’t know if this is for myself or you guys, but I’m going to start doing weekly wrap up posts along with my Stacking the Shelves videos. So if you want to watch the video…go! If you don’t, here’s a summary of what’s happening: