Fair warning: I am going to rant about villains at the end of this.  Other fair warning: this list is mostly focused on the realm of YA fantasy, because that’s the genre I’m best-versed in!

1.  More epic fantasy in YA.  And I DON’T mean the incredibly cliched stuff.  Was Sabriel cool?  Sabriel was cool.

2.  More nonwhite protagonists.  Or nonbeautiful ones.  Or non-heteronormative ones.  Or…yeah, you get the idea.

3. More fantasy based in places other than Medieval Europe. Nonwestern history is cool too!

4.  More positive portrayals of a variety of different female roles (not just the utterly kickass heroine with a sword in each hand and a knife in her teeth or the passive love interest type!)

5.  More long, gorgeous, ridiculously well-crafted books in YA. A lot of the time this genre moves extremely quickly, but there is something to be said for the beauty of an 800-page hardcover.

6.  More sensitive, sweet guys who aren’t secret badasses, and romances that develop based on mutual compatibility and connection, not hotness.  I was actually talking with my boyfriend (who is not a secret badass, although he is a scientist so maybe that counts?) about this one recently–how love interest guys are almost never quiet and thoughtful and emotional.  They’re confident and badass and sexy, and if they’re not, they’re hiding something.  Which I think is a shame, because other guys are awesome too!  And sweet, thoughtful types have a lot more long-term, happy relationship potential than guys who have killed six people with their bare hands, y’know?

7. More awesome platonic relationships that are not ever sexual.

8.  More functional, supportive parents in good relationships. Seriously, they all suck in YA.  Well, not all of them, some of them are okay, but most of them suck.  (I’m aware that a lot of real parents suck.  But it’s important to note that not all of them do!)

9.  SURPRISE ME. It’s really hard to surprise me. When I am surprised, I’m usually really happy about it, and I am willing to overlook about ten other kinds of errors because someone generally threw a twist at me that I didn’t expect.

10.  And the one I would write an essay about if I didn’t restrain myself: MORE PEOPLE WHO AREN’T EVIL BUT ARE DOING BAD THINGS AND AREN’T EXCUSED FROM THEIR ACTIONS.  I didn’t realize how much I wanted this until I read an example recently.  I want characters who have good potential but also some fatal flaws, and make a lot of bad decisions or fall in with the wrong people, and end up doing inexcusable things.  I want antagonists who have good friends that care about them and try to help them.  And I don’t want the redemption story.  I want the wrongness of their actions to be acknowledged.  I don’t want them let off the hook.  I want the story to own up to what they did, and follow that through.

There aren’t a lot of genuine monsters in the real world, but there are a whole lot of normal people who ended up doing bad things because of their surroundings.  Because they were desperate, or they wanted to fit in, or no one ever taught them about compassion.  If we think all bad people are monsters, then when someone who obviously ISN’T a monster does something horrible, we can’t reconcile it.  I want a story that can simultaneously acknowledge the lack of inherent evil, the potential for not-terribleness, and the horror of someone’s actions. 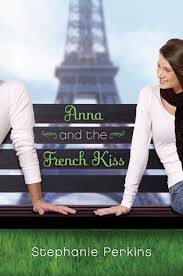