Welcome to this week’s hangout, which comes out a wee bit late but no less awesome! This week we’re reading Wards of Faerie by Terry Brooks! Several of the Bibliomancers struggled to even finish the book, so this should be really interesting! For next week, get excited because we’re reading Throne of Glass by Sarah J. Maas! 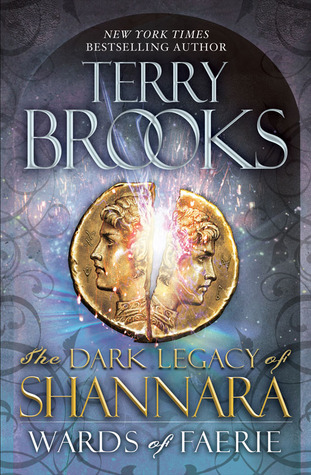 When the world was young, and its name was Faerie, the power of magic ruled—and the Elfstones warded the race of Elves and their lands, keeping evil at bay. But when an Elven girl fell hopelessly in love with a Darkling boy of the Void, he carried away more than her heart.

Thousands of years later, tumultuous times are upon the world now known as the Four Lands. Users of magic are in conflict with proponents of science. Elves have distanced their society from the other races. The dwindling Druid order and its teachings are threatened with extinction. A sinister politician has used treachery and murder to rise as prime minister of the mighty Federation. Meanwhile, poring through a long-forgotten diary, the young Druid Aphenglow Elessedil has stumbled upon the secret account of an Elven girl’s heartbreak and the shocking truth about the vanished Elfstones. But never has a little knowledge been so very dangerous—as Aphenglow quickly learns when she’s set upon by assassins.

Yet there can be no turning back from the road to which fate has steered her. For whoever captures the Elfstones and their untold powers will surely hold the advantage in the devastating clash to come. But Aphenglow and her allies—Druids, Elves, and humans alike—remember the monstrous history of the Demon War, and they know that the Four Lands will never survive another reign of darkness. But whether they themselves can survive the attempt to stem that tide is another question entirely.

Hey guys! It’s that time again! This week on Bibliomancy for Beginners, we’re talking Jonathan Safran Foer’s Tree of Codes. I didn’t write up a review this time, so I’ll let the video say it all! Join us back here next week when we read Wards of Faerie by Terry Brooks! 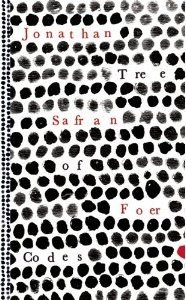 Tree of Codes is a haunting new story by best-selling American writer, Jonathan Safran Foer. With a different die-cut on every page, Tree of Codes explores previously unchartered literary territory. Initially deemed impossible to make, the book is a first — as much a sculptural object as it is a work of masterful storytelling. Tree of Codes is the story of an enormous last day of life — as one character’s life is chased to extinction, Foer multi-layers the story with immense, anxious, at times disorientating imagery, crossing both a sense of time and place, making the story of one person’s last day everyone’s story. Inspired to exhume a new story from an existing text, Jonathan Safran Foer has taken his “favorite” book, The Street of Crocodiles by Polish-Jewish writer Bruno Schulz, and used it as a canvas, cutting into and out of the pages, to arrive at an original new story told in Jonathan Safran Foer’s own acclaimed voice.