Worth It Wednesdays is a weekly post where I feature my favorite YA titles. Find out more about it here! 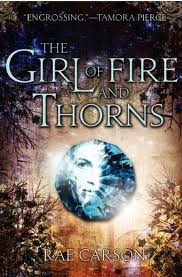 Title: The Girl of Fire and Thorns

Goodreads Description: Once a century, one person is chosen for greatness.
Elisa is the chosen one.

But she is also the younger of two princesses, the one who has never done anything remarkable. She can’t see how she ever will.

Now, on her sixteenth birthday, she has become the secret wife of a handsome and worldly king—a king whose country is in turmoil. A king who needs the chosen one, not a failure of a princess.

And he’s not the only one who seeks her. Savage enemies seething with dark magic are hunting her. A daring, determined revolutionary thinks she could be his people’s savior. And he looks at her in a way that no man has ever looked at her before. Soon it is not just her life, but her very heart that is at stake.

Elisa could be everything to those who need her most. If the prophecy is fulfilled. If she finds the power deep within herself. If she doesn’t die young.

Most of the chosen do.

Why it’s worth it: This is the first book in the trilogy, and it’s amazing. Even better, the books KEEP GETTING BETTER. Elisa is a model for the “not-perfect” girl who speaks to body positivism and doing your best even when you’re convinced you’re going to fail. I connected so much with Elisa as a person, which is something I’m often barred from doing because I don’t have “ultimate courage” or and not everyone thinks I’m pretty and– well, you know the YA tropes I mean. The book is also extremely well written, and–again–they just get better. (I mean, hell, Rae was just longlisted for the National Book Award for Young People’s Literature for her newest series.)

Besides the fabulous fantasy setting, the great and funny characters and the exciting plot–all of which are great!–the thing that Rae did that really made her great in my eyes was how she handled the love triangle. Yeah, I know you caught that in the description and groaned. But fear not! I actually included this series in an article I did about doing love triangles right and LET ME TELL YOU I DID NOT EXPECT WHAT HAPPENED. I’m not going to give it away, of course, but the end of this book just told me that Rae was an another unafraid to take risks and shake it up and in The Crown of Embers and The Bitter Kingdom I was NOT disappointed.

Just to give you an idea of this book, I’ve included in my Top Ten Books about Friendship, Best Sequels Ever, Favorite Authors in YA and Most Vivid Fantasy Settings! 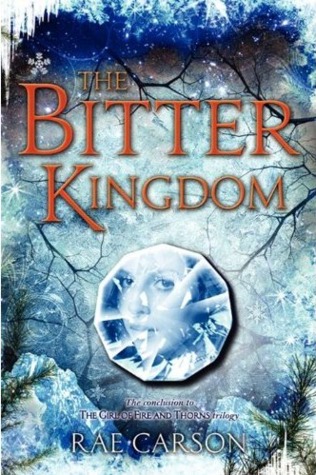 The Bitter Kingdom (Fire and Thorns #3) by Rae Carson

The epic conclusion to Rae Carson’s Fire and Thorns trilogy. The seventeen-year-old sorcerer-queen will travel into the unknown realm of the enemy to win back her true love, save her country, and uncover the final secrets of her destiny.

Elisa is a fugitive in her own country. Her enemies have stolen the man she loves in order to lure her to the gate of darkness. As she and her daring companions take one last quest into unknown enemy territory to save Hector, Elisa will face hardships she’s never imagined. And she will discover secrets about herself and her world that could change the course of history. She must rise up as champion-a champion to those who have hated her most.

Four and a half stars

Thanks to Edelweiss and Greenwillow Books for this eARC! This title will be released on August 27th, 2013.

The one question you want answered is: is this a satisfying conclusion to an amazing series? Right off the bat, I’m pleased to tell you that yes, yes it does. On more levels than I may be capable of describing.

END_OF_DOCUMENT_TOKEN_TO_BE_REPLACED 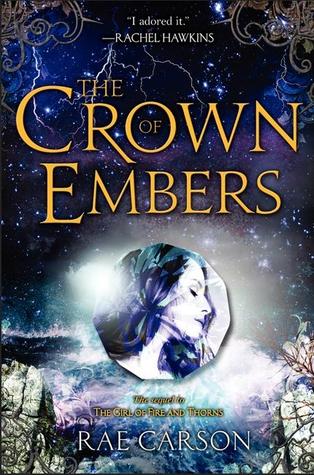 The Crown of Embers (Fire and Thorns #2) by Rae Carson

In the sequel to the acclaimed The Girl of Fire and Thorns, a seventeen-year-old princess turned war queen faces sorcery, adventure, untold power, and romance as she fulfills her epic destiny.

Elisa is the hero of her country. She led her people to victory against a terrifying enemy, and now she is their queen. But she is only seventeen years old. Her rivals may have simply retreated, choosing stealth over battle. And no one within her court trusts her-except Hector, the commander of the royal guard, and her companions. As the country begins to crumble beneath her and her enemies emerge from the shadows, Elisa will take another journey. With a one-eyed warrior, a loyal friend, an enemy defector, and the man she is falling in love with, Elisa crosses the ocean in search of the perilous, uncharted, and mythical source of the Godstone’s power. That is not all she finds. A breathtaking, romantic, and dangerous second volume in the Fire and Thorns trilogy.

WARNING: This review WILL have spoilers for The Girl of Fire and Thorns! Read my review of the first book HERE.

END_OF_DOCUMENT_TOKEN_TO_BE_REPLACED

I don’t know if this is for myself or you guys, but I’m going to start doing weekly wrap up posts along with my Stacking the Shelves videos. So if you want to watch the video…go! If you don’t, here’s a summary of what’s happening: