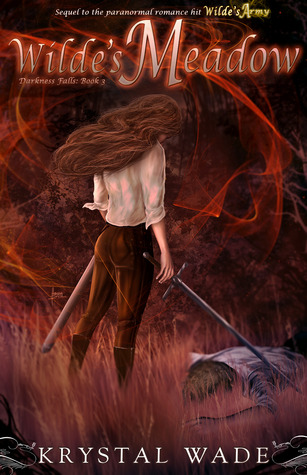 Happy endings are hard to find, and even though Katriona is in the middle of a war with someone who’s already stolen more than she can replace, she aches for a positive future with her Draíochtans.

Armed with hope, confidence in her abilities, and a strange new gift from her mother, Kate ventures into the Darkness to defeat a fallen god.

Losses add up, and new obstacles rise to stand in the way. Is the one determined to bring Encardia light strong enough to keep fighting, or will all the sacrifices to stop those who seek domination be for nothing?

Thank you to NetGally and Curiousity Quills Press for this eARC! This book is now available.

Well, this is the end. Hopefully, if you’re reading this, you’ve read my reviews of Wilde’s Fire and Wilde’s Army. If not, spoilers will abound.

I did not like Wilde’s Fire. I’m just going to put that out there. I thought Kate and Arland’s romance was absolutely ridiculous and creepy, but I finished the book anyways. Somehow, for some reason, I also requested Wilde’s Army when it came out. It wasn’t the best, but it was actually surprisingly better than the first one. Maybe it’s because Arland is absent for a long time in that one…

For better or for worse, I also requested Wilde’s Meadow, because since I’d made it through the first two, why not? Unfortunetly, I was rather disappointed.

Kate and Arland are back in full swing for this one, and syrupy sweet. The freaky intensity of their relationship brings me to think of Twilight, which is never a good thing. In multiple instances, they leave people waiting and ignore a war so they can “enjoy being newlyweds.” Honestly, I prefer it when you’re fighting demons.

Despite the war aspect, there wasn’t as much action as I was expecting. Or, rather, when it happened, Kate wasn’t always actively participating. Sure, she did her fair share, but too many huge plot points in the novel were taken out of Kate’s hands and figured out for her. The amount of times that people had to lead her around to what she needed to save the world was infuriating.

There were also far, far too many characters, once again. Worse, these characters got an attempt at depth, but then nothing ever fully did them justice. I never believed in the change of the character of Perth, for example. He was always pretty rude, and otherwise flat. The senseless deaths of other characters also made no sense.

I think the biggest things that threw me off were the plot “twists.” But they weren’t really twists. The way they were thrown into the story, they felt like plot inventions, suddenly thrown in to move things along, like a NaNo novel.

All in all, it was a fight to get to the end of the book. The characters were always defeating my attempts to like them, and the plot was really jerky. I find this to be one of the few series where the middle book was actually the best.

It has been FOREVER since I’ve done one of these, and this post will show it! This is one of the biggest Stacking the Shelves posts I’ve EVER HAD. So here we go!

Splintered by A. G. Howard ~ Uses for Boys by Erica Lorraine Scheidt 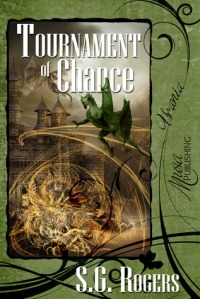 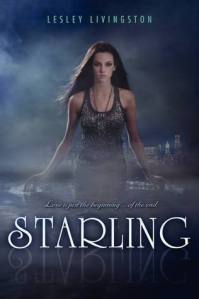